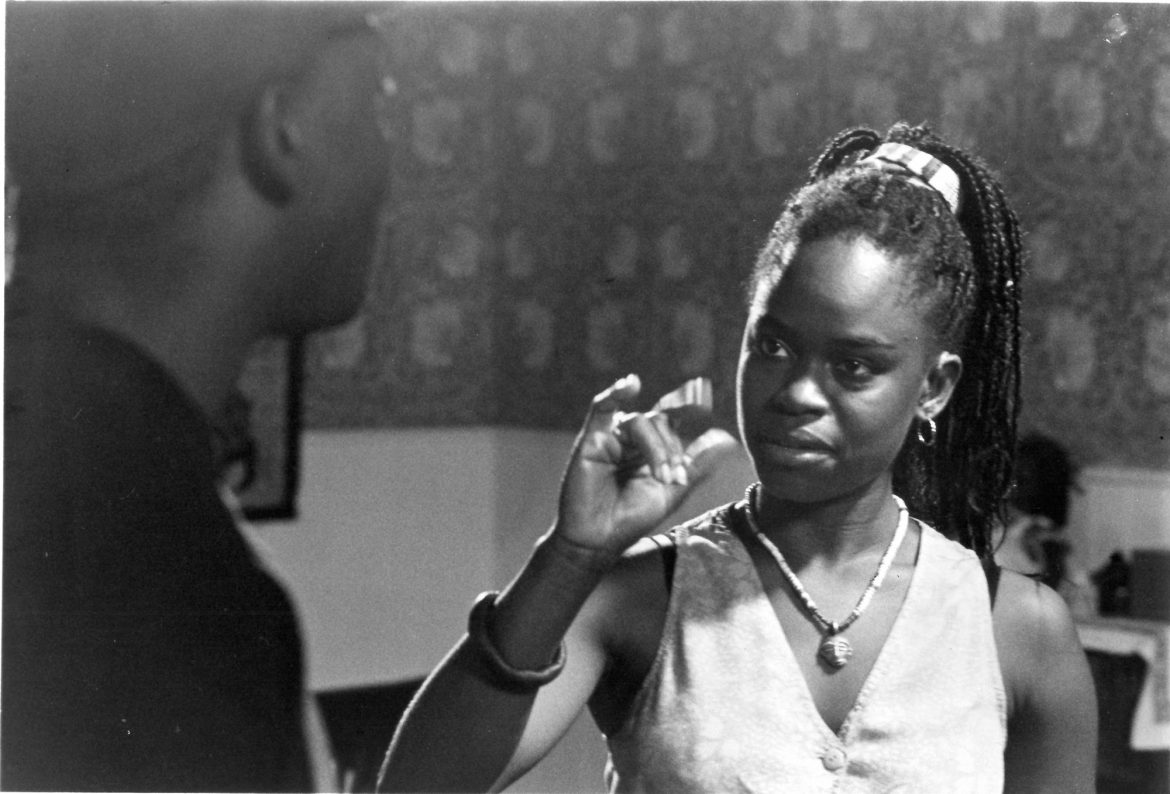 In October of 2017, Professor Zeinabu Davis screened her film Compensation at the Museum of Modern Art in New York as part of the Black Intimacy series, organized by Adeze Wilford. We recently sat down with Zeinabu to talk about the MoMA screening, the politics of representation, and the state of Black cinema today.

UCSD COMM: You were invited to present your work at MoMA last October. How was the experience?

ZD: There was a series, very well received, called Black Intimacy. It was a groundbreaking series for film programmers, one of whom was Adeze Wilford. She programmed not just Hollywood films but also a lot of independent films and even some short films and television episodes. This dimension set the film world on fire in a good way, since it was saying that we should consider these television episodes as part of what we see as cinematic art. It was a confirmation that there are also artists who work on television.

By hosting the series at MoMA and by including TV episodes in the program, it sounds like Black Intimacy helped legitimate the artistic renaissance that has been taking place in television in recent years.

Exactly. And Adeze had incredibly good fortune because one of the shows she decided to screen was the Thanksgiving episode from Aziz Ansari’s Netflix series Master of None. The writer and actress for that episode was Lena Waithe. Adeze actually programmed that screening right after Lena was nominated for an Emmy Award for Best Episode and Lena was there for the screening. It was perfect! In any case, there were, I think, 16 pictures selected and mine were only a few in black and white. It was also a little bite unusual because my film is from the 90’s but it still has the power to engage audiences today. One wonderful thing about my film, which is one of the things I’m most proud about, was the opportunity to be inclusive and show Black Deaf culture in what you would normally think of as a kind of heterosexual love story. In addition, Adeze brought both myself, as the director, and my lead actress, Michele Banks, on stage for a Q&A discussion and they provided American Sign Language interpreters throughout. So, it was a special night. Since the film premiered in 2000, there haven’t been many opportunities to screen the film with deaf audiences where ASL interpretation is provided. At the MoMA screening, there were about 35 deaf folks in the audience and Michele had like a little fan club that was there.

Your work often revolves around the politics of representation.

Yes. Many of my films address issues of representation. Going forward, I’m particularly interested in how women represent themselves. It is about who has a say, what do they say, and how do they feel about those representations.

What about your most recent work, Spirits of Rebellion?

Right now Spirits of Rebellion is on educational distribution, which means that it will hopefully be screened in various colleges and universities across the country. We’re also hoping to screen it on public television, at PBS, sometime within the year.

Spirits of Rebellion focuses on what has come to be known as the “Los Angeles Rebellion,” a period during the 1970s and early 1980s when independent films by Black directors flourished in Los Angeles. Now that movies like Moonlight and Get Out have received both critical and commercial success, how do you see the state of Black cinema today?

You also have to talk about Black representation on television, because now a lot of the most interesting work is actually done in TV rather than in films. Films are so expensive that there are often just two or three movies by Black directors per year in theaters. Whereas in television, you have multiple sites: you have the regular broadcast networks, the cable companies, and now online streaming platforms like Amazon or Netflix. This is making a difference in terms of how we see ourselves, how we represent ourselves, and how we get represented. Contemporary television is an interesting and an exciting place because, maybe now more than ever, we can see different representations of Black life. There’s also the fact that there are more actors who are coming from different parts of the world. For instance, the person who’s the lead character in Get Out is a Black British actor. So the expansion of what Black life means is really much more worldwide than it once was. Another example is Lupita Nyong’o, who is Kenyan. All of this is promising. At the same time, however, it is still depressing when I look at the films that were nominated for the Oscars. For instance, The Shape of Water is a very painful film. It is disconcerting because the film really has this kind of colonial attitude and the Black characters in the film are very problematic.

Do you mean Octavia Spencer’s character in the movie?

Yes. The scene with the husband is what I’m talking about. Who in the heck is going to let somebody just come into their house and do all this kind of stuff to his wife? I don’t care if it was 1962. That’s not going to happen! You feel so badly because Octavia Spencer is basically wasted in the film. She’s just playing the same role that she played when she did The Help. When you see how powerful she was in the role she played the year before, in Hidden Figures, and when she didn’t get any nomination for that role but now she gets a nomination for The Shape of Water you start thinking that she can only be nominated for small and flat roles. Is that what’s going on here?

And what do you think about Three Billboards Outside Ebbing, Missouri? There has been some controversy about how that film handles race as well.

Yes. I actually really liked the movie when I saw it. But the more I thought about it, the more I saw it as problematic. What I enjoyed the most was Frances McDormand’s performance. She’s an incredible actress and you don’t get to see enough of her in films. But, again, this whole discussion on race and how it is represented in films is there: the film includes instances of Blacks Live Matter and police oppression but they don’t go further. There are some missed opportunities in that film.

Thanks for sitting down with us!