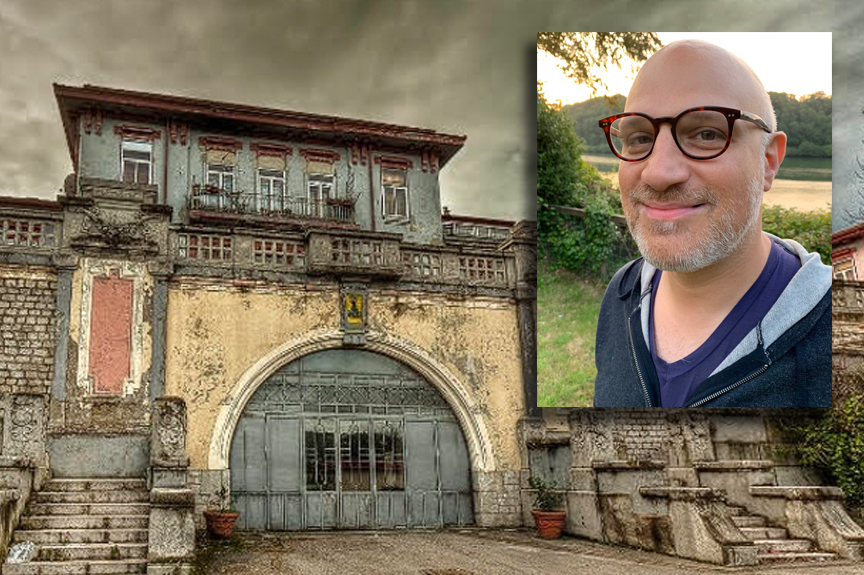 Associate Professor David Serlin has been awarded the Rome Prize in Architecture from the American Academy in Rome for a project entitled “Sensory Design and Architectural Empathy in the Progetto Ophelia.”

The Progetto Ophelia (Ophelia Project), a psychiatric hospital and residential complex in Potenza, Italy designed in 1905 by Giuseppe Quaroni and Marcello Piacentini, was an unprecedented example of empathic design for people with physical and cognitive differences decades ahead of its time. Quaroni and Piacentini deployed light, air, sound, smell, and touch to create immersive environmental experiences for patients including dark hallways that attempted to spatially approximate the individual journey of psychoanalysis.

“During my fellowship year at the Academy, I will examine the Progetto Ophelia in relation to other architectural sites, such as the Ospedale di Santo Spirito in Rome, but also as a forerunner of contemporary projects, such as the Centro Diurno per Disabili in Seregno, Lombardy, that engage multisensory and empathic design elements to innovate architectures of disability for the twenty-first century.”

Prof. Serlin will be on sabbatical during the Winter and Spring 2021 quarters while he undertakes this project.

These highly competitive fellowships support advanced independent work and research in the arts and humanities. This year fellowships were awarded to twenty-two American and two Italian artists and scholars who will each receive a stipend, workspace, and room and board for a period of four to seven months at the Academy’s eleven-acre campus in Rome.

In addition to being an Associate Professor of Communication, Prof. Serlin is also affiliated with UC San Diego’s Science Studies program, Critical Gender Studies, Urban Studies, and the Interdisciplinary Group in Cognitive Science as well as being the Director of the Health Care-Social Issues Interdisciplinary Program.

His research deploys historical and cultural approaches to disability, technology, and the politics of design. Serlin’s work explores architecture, urbanism, and the built environment, material culture, museum studies, scientific and aesthetic histories of the senses, and feminist, crip, and queer theories of embodiment and subjectivity. You can learn more about Prof. Serlin’s research, publications, and teaching at his profile here: https://communication.ucsd.edu/people/profiles/serlin-david.html.

In Celebration of Toni Morrison Exhibit and...