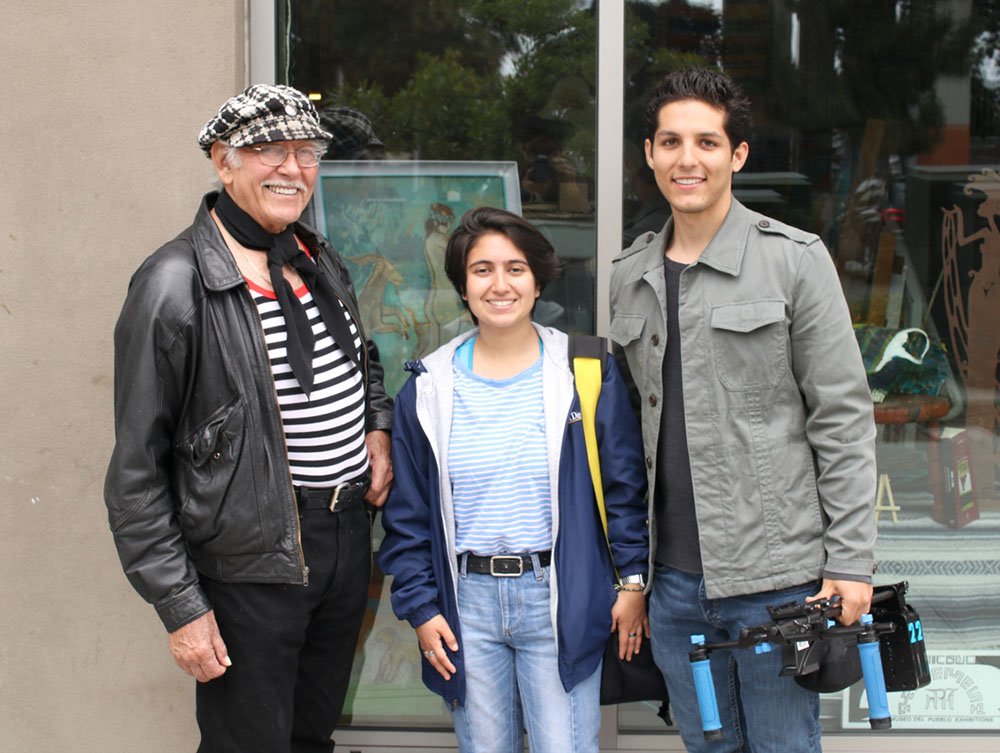 In the Spring 2019 quarter, under the guidance of Assistant Professor Patty Ahn, students in COMM 101T studying media activism produced a short 5 minute film entitled, Chicano Park: From the Mind of a Conceptual Artist. Their project won Best Documentary in our Annual Media Production Showcase 2019 prompting them to share their work on a wider scale.

Raymond Velasquez, Aldo Sandoval, Melissa Hernandez, and Steven Azanon, co-producers and directors of this short film, were inspired in part by the 1988 Chicano Park documentary directed by Marilyn Mulford and the famous artwork displayed in this San Diego landmark. They presented a history of the park from the perspective of muralist Salvador Torres and screened the film on Aug. 18 at La Bodega Gallery in Barrio Logan. Learn more about this film and its subject by visiting San Diego City Beat’s coverage of our newest filmmakers.

Making Out in the Mainstream: GLAAD and...