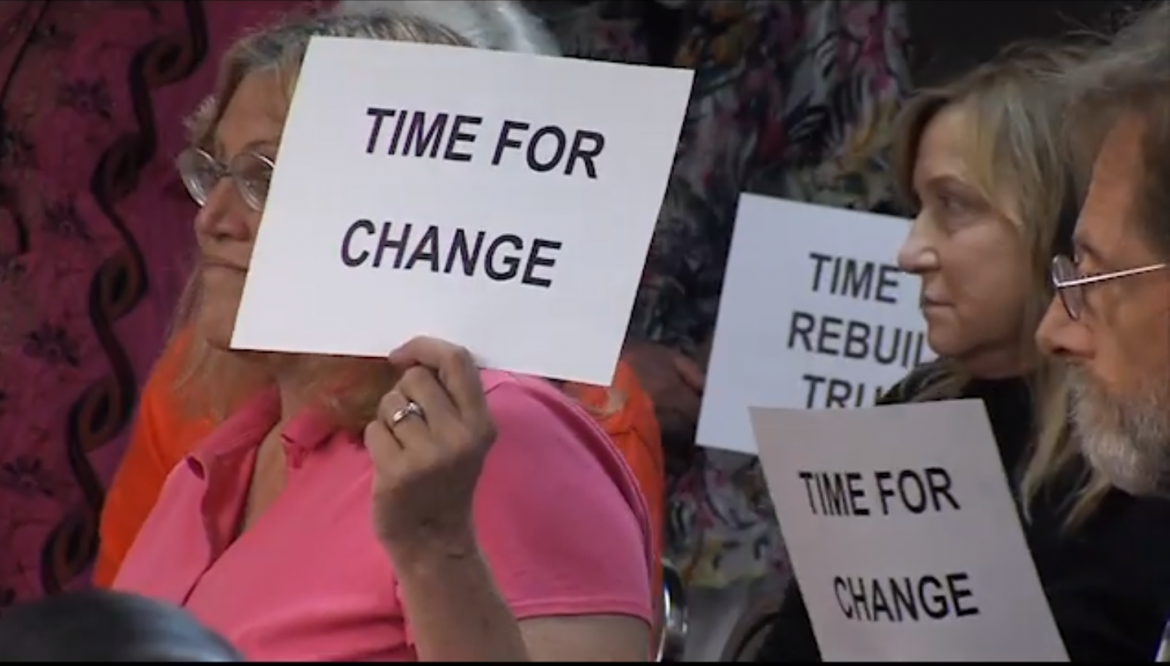 Professor Patrick Anderson was recently in the news for his work on the recently adopted Measure B which replaced the current city’s police review board with the Commission on Police Practices to oversee the San Diego Police Department. This new commission will have independent oversight of the department, including subpoena power, and the ability to conduct its own independent investigations into police shootings and other use of force incidents.

On November 30, 2020, Anderson hosted a community roundtable with representatives from over 50 local community groups as well as Andrea Renee St. Julian, his co-chair of San Diegans for Justice, which led the push for the passage of Measure B. You can watch the full video of this roundtable at this link: https://youtu.be/9o2ofz-6Ouo.

“Andrea and many people who for years have been advocating for the Commission on Police Practices, they know their stuff, they put everything into that measure that should have been in that measure, and now it’s up to the City Council to write and pass an ordinance that builds a commission in the spirit of that measure,” Anderson said.

Anderson was also interviewed by Maureen Kavanaugh on KPBS’s Midday Edition which can be heard at this link: https://www.kpbs.org/podcasts/kpbs-midday-edition-segments/2020/nov/30/public-invited-weigh-san-diegos-new-police-oversig/

A KPBS news article featuring Anderson can be found at this link: https://www.kpbs.org/news/2020/nov/30/public-san-diegos-new-police-oversight-commission/ .

“When the ordinance rolls out, we want to know, is the community proud of that, does it have faith that the Commission on Police Practices that’s put in place actually represents Measure B,” Anderson said.

Anderson and the other members of the current review board will stay on as interim commissioners while the commission continues to be formed to include a full-time executive director, an independent attorney, and staff to support the commission.

This transition was also covered by the San Diego Union-Tribune which can be read at this link: https://www.sandiegouniontribune.com/news/public-safety/story/2020-11-30/transition-to-san-diegos-new-police-oversight-commission-underway-after-measure-bs-big-win.

Professor Anderson has also created a website that tracks the progress of San Diego Community Review Board on Police Practices (CRB) transformation into the San Diego Commission on Police Practices (CPP), mandated by the overwhelming passage of Measure B in the November 2020 election. This page will be continually updated, with special attention to facilitating transparency and community engagement in every stage of the transition process. You can visit his site at this link: https://patrick.ucsd.edu/tracking-measure-b.

Professor Anderson has raised grant funding to develop a research collective in the Department of Communication focused on accountability, transparency, and community-driven public safety. With support from the Bylo Chacon Foundation, he has hired Dr. Caroline Collins as a Postdoctoral Fellow to collaborate with him on this project. Together, Drs. Anderson and Collins are in the process of establishing a Youth Ambassador program for local high school students to develop skills in oversight and accountability of policing and public safety.

Professor Anderson is the author of So Much Wasted: Hunger, Performance, and the Morbidity of Resistance (Duke UP, 2010), Autobiography of a Disease (Routledge, 2017; winner of the ICQI Book Award and finalist for the Many Voices Prize), and Empathy’s Others (forthcoming); the co-editor, with Jisha Menon, of Violence Performed: Local Roots and Global Routes of Conflict (Palgrave, 2009); and the author, interviewer, or co-author of numerous essays and book chapters in journals and anthologies.

Anderson has worked as a director and actor in theater and film; as an anthropologist in Sri Lanka, Chicago, and New Mexico; and as an activist and organizer for anti-war groups in Sri Lanka, for the Berkeley Free Clinic in California, and for HIV/AIDS groups in various locations in the United States. To learn more about Dr. Anderson’s teaching, research, and activism visit his profile at this link: https://communication.ucsd.edu/people/profiles/anderson-patrick.html.