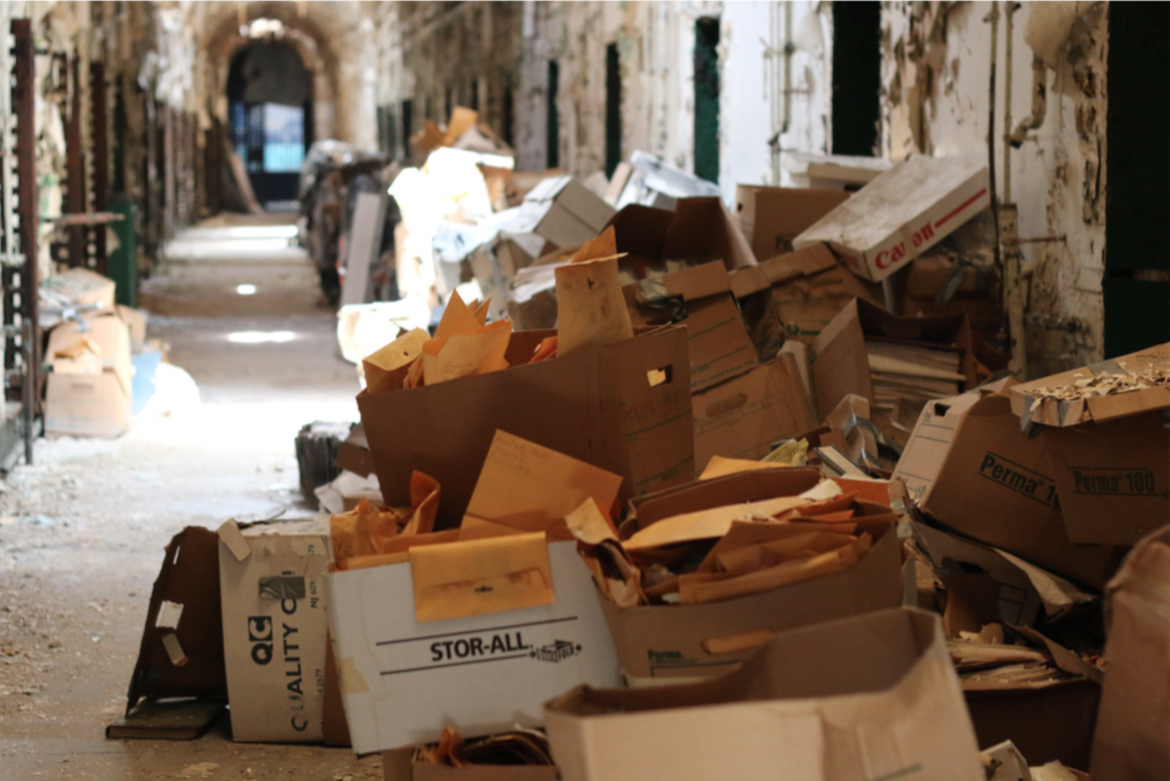 Science, Incarceration, and Racialization: A Q&A with alum Cristina Visperas In May 2017, Cristina Visperas received a PhD in Communication and Science Studies from UC San Diego. Several months earlier, Visperas accepted a tenure-track position at USC Annenberg School for Communication and Journalism, one of the leading communication programs in the country. Today, Professor Visperas is working on her first book, which builds on her PhD thesis, “Science in Captivity: The Visual Culture and Bioethics of Biomedicine behind Bars.” Visperas conducted her dissertation research – an examination of the intersections of US incarceration, medical science, and race- and space-making technologies in the decades following WWII – under the guidance of professors Patrick Anderson and Kelly Gates (Department of Communication), Lisa Cartwright (Visual Arts), Dennis Childs (Literature), Martha Lampland (Sociology), and Jared Sexton (African American Studies, UC Irvine). While at UCSD, Visperas was also the managing editor of the open-access journal, Catalyst: Feminism, Theory, Technoscience, from 2014-2016.

Not yet a year into her new position, we reached out to Professor Visperas to ask about the roots and trajectories of her evolving scholarly practice.

UCSD COMM: Can you provide us with a brief synopsis of your research?
CV: I study the intersections of race, the life sciences, and state violence. I’m currently writing a book manuscript on the visual culture of medical science in the post-WWII prison, with a focus on experiments conducted at Holmesburg Prison under the aegis of the University of Pennsylvania.

Why did you choose to become an academic?
My questions changed. I worked in a neural stem cell lab for three years prior to starting grad school, but I’ve been working in labs since I was in high school. As I became more and more concerned about power and ethics in the sciences, I realized that benchwork wasn’t going to answer the kinds of questions I started to care more deeply about, for example: why is science so obsessed with racial difference? I realized a career change was in order.

In what way would you like to act as an academic?
I want to be generous. Academia is a place of both privilege and toxicity, and an intersectional feminist praxis (not to be reduced to scholarship) is the only way I can be authentically useful to students and the local community as an educator and mentor.

Women of color are not generally welcomed in academia. I seriously feel like I’ve somehow broken into this space. But, now that I’m here, I’m taking the silverware, the jewelry, and even the damn dog, and I’m telling all my friends the security code. Which is to say, it’s my mission to help elevate women and people of color in a space that doesn’t generally want us.

Which authors have especially shaped your work?
Hortense Spillers and Saidiya Hartman. I return to their work over and over and over again, and not just in my writings. I read everything through or alongside their work. They are constant companions in my thinking. All the projects I’m working on now have their foundations in Spillers and Hartman.

Who inspires you in your career?
There isn’t just one person. There’s many, more like a network of inspirations: my mentors in grad school, colleagues I have great admiration for, my students –we can always learn from our students… And that network keeps growing, like when I read a particularly good book or article, or when I attend a really exciting talk, or I have an awesome conversation with a student or colleague; all of these things collectively raise the bar for me. Other people show me what excellence looks like, and I work hard to be that, too.

How do you relate your work to contemporary social, political, or cultural concerns?
This anti-black world never stops demonstrating how “timely” my work is. I do Science and Technology Studies (STS) analysis through a prison abolitionist perspective, so I ask: Should we call ourselves the “free world” when we incarcerate more people than any country in the world? And what does it mean to have a “free” or open exchange of knowledge in that world? Why do our continued investments in values like democracy and equality nonetheless continue to proliferate spaces of unfreedom in the Anthropocene? Can STS concerns with matter and the non-human serve the political demands and intellectual provocations of the Black Lives Matter movement, or have we written ourselves into political irrelevance through theories about objecthood and global catastrophe that sidestep the very people for whom those are history and lived experience? These are the issues I write about.

What topics most attract your attention right now?
Genomics, particularly how the technology is used to informationalize racial and ethnic identities. Ecocriticism and climate change, too. My second book project historicizes the latter in black vitalist philosophies of the 1980s.

A hobby?
Japanese anime and anime fandoms, especially women fandoms. The media they create (fanfics, MVs, fanart, etc.) are so amazing. Video games, too, but I’m not touching those until I get tenure. Video games are my Achilles’s Heel!