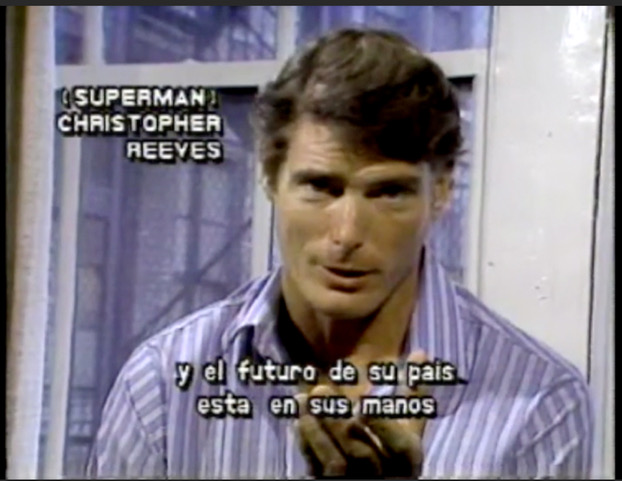 UCSD Department of Communication alumnus Harry L. Simón Salazar has published his first book, Television, Democracy, and the Mediatization of Chilean Politics. The book examines how televised political advertising that was broadcast in 1988, during Augusto Pinochet’s military dictatorship, influenced the transition to civilian rule and helped transform Chilean political culture.

“The book is part of my general interest in the mediatization of politics and how media can be used for political change,” explains Simón Salazar. “Whether we’re looking at the movements of the 1960s and 70s, or more recent political mobilizations such as the anti-H.R. 4437 protests, the Arab Spring, Occupy Wall Street, #YoSoy132, Black Lives Matter, and even Trumpism – I have found that the mediatization of politics is a useful framework for developing a critical understanding of how media can influence political culture.”

Simón Salazar’s book builds on the research he conducted for his dissertation, a mixed-methods study that provided an empirical base for his new book. His research also made an important contribution to Latin American media history. “While in Chile I secured a copy of a rare complete set of the 1988 Franja de Propaganda Electoral – the political advertising that was the focus of my book – and I am currently in the process of donating this audiovisual material to a research library,” Simón Salazar shared.

Dr. Simón Salazar is an experienced educator, scholar, media producer and community organizer. He is currently teaching a practicum course associated with “La Clase Mágica,” a program that trains UCSD undergraduates how to conduct research while collaborating with children from ethnically and linguistically diverse communities throughout San Diego County and on the Kumeyaay San Pascual Reservation.

Image caption: On October 1, 1988, Christopher Reeves (also known as “Superman”) implored Chileans to vote NO. This screenshot is drawn from day #27, the final NO Franja of the televised campaign. “Superman” was one of several celebrities featured in the NO Franja that day: Jane Fonda, Richard Dreyfuss, Sarita Montiel, Robert Blake, Paloma San Basilio, and Isabel Allende were each given several seconds to appeal to the Chilean electorate on behalf of the legal opposition. Source: Archivo Audiovisual TVN.