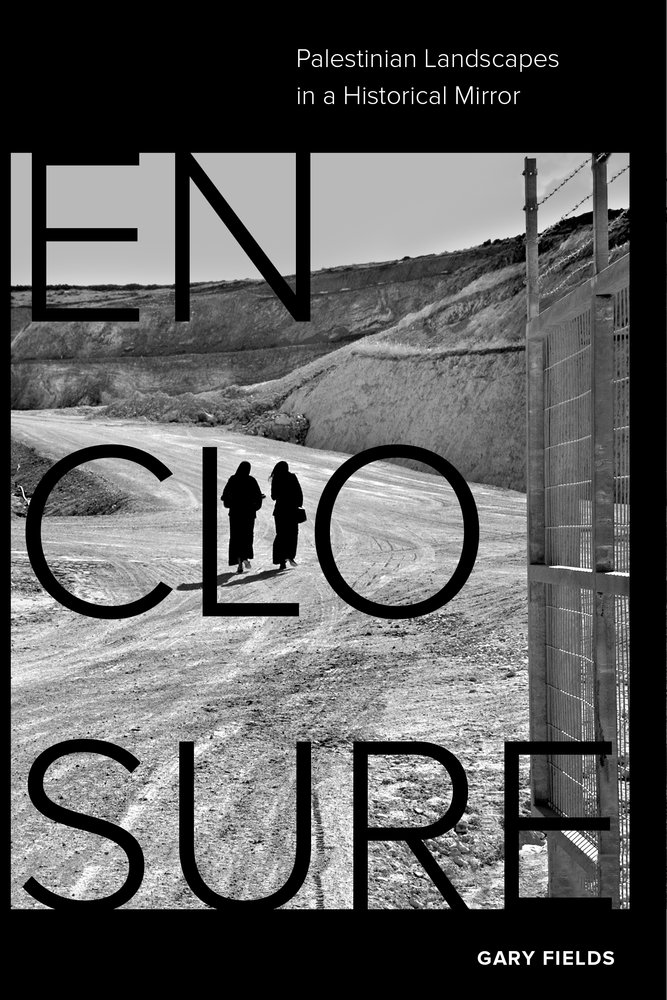 Congratulations to Associate Professor Gary Fields on having his recently released book, Enclosure: Palestinian Landscapes in a Historical Mirror, featured as the cover story in this week’s New York Review of Books.   Way to go Gary!

Enclosure marshals bold new arguments about the nature of the conflict in Israel/Palestine. Gary Fields examines the dispossession of Palestinians from their land—and Israel’s rationale for seizing control of Palestinian land—in the contexts of a broad historical analysis of power and space and of an enduring discourse about land improvement. Focusing on the English enclosures (which eradicated access to common land across the English countryside), Amerindian dispossession in colonial America, and Palestinian land loss, Fields shows how exclusionary landscapes have emerged across time and geography. Evidence that the same moral, legal, and cartographic arguments were used by enclosers of land in very different historical environments challenges Israel’s current claim that it is uniquely beleaguered. This comparative framework also helps readers in the United States and the United Kingdom understand the Israeli/Palestinian conflict in the context of their own histories.

“An immensely rigorous and original book. Although the process of peasant displacement has been examined separately before, the importance of this book lies in showing how the English enclosures can be seen as a prototype and precedent for the Amerindian and Palestinian cases through the instruments of enclosure, cartography, and law.”—Salim Tamari, Senior Fellow, Institute for Palestine Studies, and Professor of Sociology, Birzeit University

“To successfully bring together Palestinian dispossession, U.S. settler colonialism, and early modern English enclosure in one text requires both intellectual ambition and wide-ranging scholarship. While recognizing the specificity of each site, Gary Fields’s impressive and accessible work offers original insights into the world-changing work of enclosure and dispossession, tracing the powerful political geographies of discourses of ‘improvement,’ and the particular technical work of law, maps, and architecture. This is a valuable and important book.”—Nicholas Blomley, Professor of Geography, Simon Fraser University

“Enclosure is a masterful study of how landscapes come into being, first as imaginable claims to land, and then through technologies of force that remake the material world to exclude and enclose those populations who are outside of the imaginative geography of the claimants. While the book focuses on the history of land claims and landscapes in Palestine/Israel, Gary Fields’s analysis is enriched through comparison with the processes of claiming and enclosing lands in early modern England and North America.”—Lisa Hajjar, Professor of Sociology, University of California, Santa Barbara

“In Enclosure, Gary Fields builds an original and eye-opening argument which places the dispossession of Palestinians by Israel within the age-old system of land enclosure—a broader and deeper logic typifying the political geography of modernity. Fields’s novel approach shows how enclosures—in various times—have propelled the transformation of land to property in Britain and colonial North America, and how this logic stands behind the practices of the Israeli government. The book illuminates how the spatial logic of oppression travels through different eras and continents, exploiting the spatial tools of modern politics, whether colonial, capitalist, or nationalist. Fields backs his approach with a richly meticulous account of land policies in Israel/Palestine, incorporating the understudied case of the Bedouins in the Naqab (Negev). The combination of historical, conceptual, and empirical contributions makes the book a truly worthy addition to the field.”—Oren Yiftachel, Professor of Geography, Ben-Gurion University