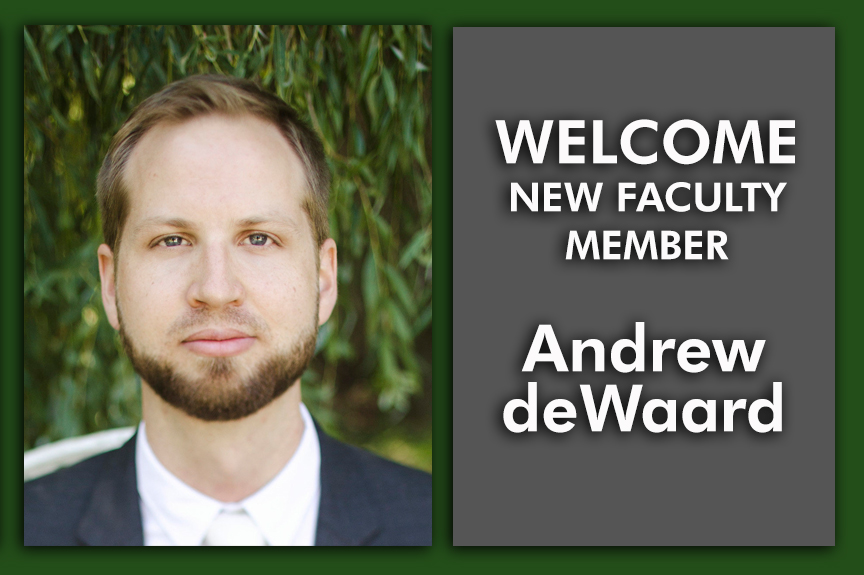 “I was initially drawn to the department’s rich history in critical political economy of media, in which I situate my own work, but am thrilled by the faculty’s diverse agenda of research concerns, its commitment to social justice, and its critical approach to issues of power and inequality.”

“I’m hoping to collaborate with my colleagues in media studies (Shawna Kidman, Patty Ahn, and Erin Hill), though I can imagine fruitful collaborations with many faculty in the future. In the digital humanities, collaboration is fundamental, and I’m looking forward to meeting both undergraduate and graduate students who might like to get involved in digital research projects.”

Dr. deWaard’s current research focus explores the relationship between the media industries and financial capital, analyzing the effect of financialization—which include, among other tools and strategies, highly-leveraged forms of debt, venture capital, labor efficiencies, hostile takeovers of media firms, outsourcing of creative labor, and short term profits. Dr. deWaard argues that financial capital has transformed both the economic structure of the contemporary cultural industries and the form of media texts, which behave according to a financial logic.

Additionally, Dr. deWaard has a broad interest in film studies and he has coauthored a book (with R. Colin Tait) on the filmmaking art and oeuvre of the Academy Award-winning director/producer/cinematographer Steven Soderbergh entitled The Cinema of Steven Soderbergh: indie sex, corporate lies, and digital videotape (Wallflower Press/Columbia University Press, 2013); and is also a co-investigator of “The Cultural Capital Project: Digital Stewardship and Sustainable Monetization for Canadian Independent Musicians,” a research project that aims to rethink the digital music industry based on sustainability and fair pay for artists.

Dr. deWaard’s work has appeared in Fight the Power: The Spike Lee Reader and Habitus of the ’Hood, as well as the Journal of American Studies, Oxford Bibliographies, Cinephile, and IASPM@Journal. ​And, in 2003 he helped produce the documentary Just Kids: Homeless Youth in Canada which is still used in Ontario secondary schools and universities He has also spent time as a research fellow with the University of California Humanities Research Institute.