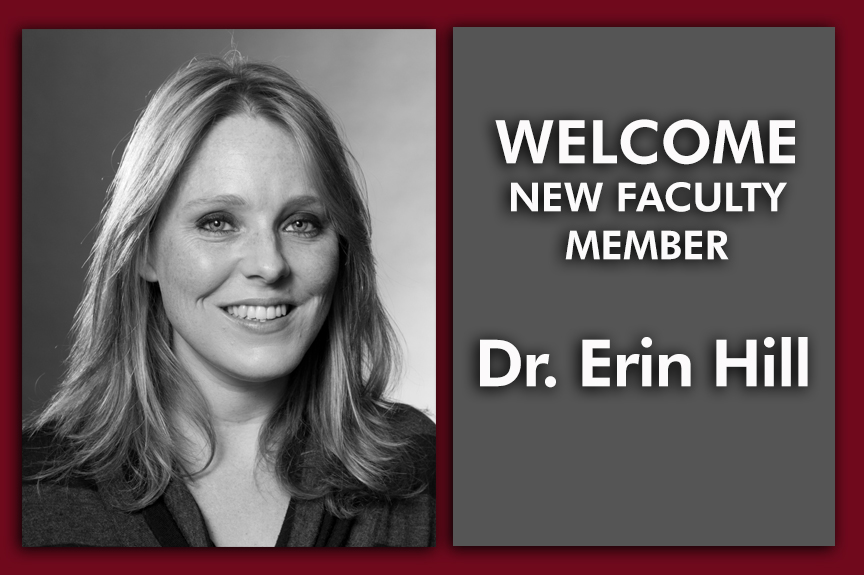 This fall we welcome Dr. Erin Hill as one of our newest faculty members. Dr. Hill comes to UC San Diego having served most recently as a visiting professor at the University of California, Los Angeles and Occidental College. She received her M.A. and Ph.D. from UCLA’s Cinema and Media Studies Program where she worked with Dr. John Caldwell, a former faculty member of our own department. She also holds a Bachelor of Arts in Film/Video and Theater & Drama from the University of Michigan at Ann Arbor. Before her doctoral studies, Dr. Hill worked in film development. Hill’s other work has appeared in Making Media Work, The International Encyclopedia of Media Studies, Production Studies: Cultural Studies of Media Industries and Reading Deadwood. You can learn more about her previous publications on her profile.

Professor Hill’s dissertation, Invisible Women: Feminized Labor in Hollywood, 1930-1948 was awarded the “Best Dissertation Award”  by the International Society for Cinema and Media Studies [SCMS] and subsequently became the basis for her much expanded, award-winning monograph, Never Done: A History of Women’s Work in Media Production, published in 2016 by Rutgers University Press.

In this work, Dr. Hill examines the American media industries, focusing, specifically, on the changing nature of feminized labor, also known as “women’s work” in “below-the-line” film and television production jobs in Hollywood, from the initial organization of the studio system in the late 1890s, through Hollywood’s “Golden Age” (the late 1920’s to the early 1950s), to the decline and reorganization of the studio system in the mid-1970s. Dr. Hill contextualizes her work by saying,

“If ‘above the line’ work includes the highly visible, highly valued, richly remunerated, and historically male-dominated creative and managerial positions including producing, directing, screenwriting and executive level roles, or what most audiences understand as the selfsame of “Hollywood,” then the feminized below-the-line positions —which include crew, craft and support roles— provide the complex organizational and technical infrastructure that makes everything happening “above-the-line” possible.

“Among Hill’s great gifts to the field are the variety and depth of the primary source materials she cites and the masterful manner in which she draws from them to facilitate her argument. While Hill briefly turns to studio-era representations of female clerical workers and fictionalized accounts of the lives of studio secretaries, the bulk of her research material and her extensive analysis of its contents are really what set Never Done apart” (Journal of Cinema and Media Studies – 2019).

In another review, Maxfield Fulton says,

“In addition to its commendable social agenda, Never Done’s meticulous research, direct, elegant prose, and novel approach to an under-researched topic secure its status as an essential contribution to film history. It is recommended not only as an excellent resource for anyone interested in women’s labor history or the Hollywood mode of production, but also as a superb pedagogical text: its multidisciplinary syn-thesis and expert use of primary sources to intervene in a range of scholarly debates make it an exemplary film studies monograph, and its refreshing accessibility and tidy chapter conclusions make it ideal for undergraduate courses on the Hollywood film industry” (Film Comment – 2017).

​Professor Hill’s other published work has appeared in Making Media Work, The International Encyclopedia of Media Studies, Production Studies: Cultural Studies of Media Industries and Reading Deadwood. You can learn more about her previous publications on her profile.

Dr. Hill is teaching a Junior Seminar (COMM 190) this quarter as well as TV, Culture & The Public (COMM 106T). In the Spring she will be teaching a class on Film Industry (COMM 106F).

Welcome to the Department of Communication, Dr. Erin Hill!