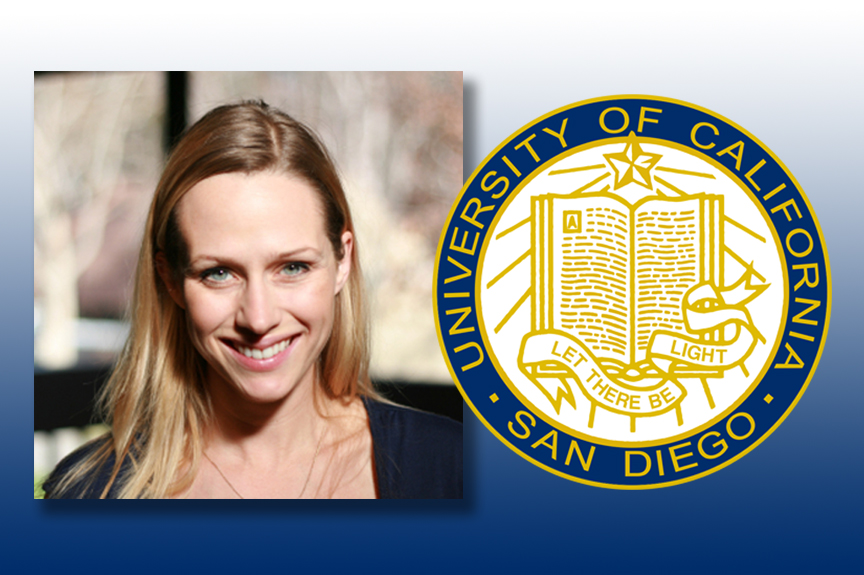 Dr. Monika Sengul-Jones who defended her dissertation earlier this year, has been selected as the winner of the UC San Diego Dean’s Fellowship Prize for Humanistic Studies. This is a competitive award awarded to one graduate doctoral student annually in the humanistic or humanistic social sciences. The prize was established in 2017 and is sponsored by an anonymous donor.

“She is a powerhouse,” said Cartwright, explaining that Sengul-Jones demonstrated determination in the face of challenges during her research of women online. “These are unfortunately the kinds of challenges that are not uncommon for women. She has not only faced these but became someone who modeled how we can move forward with advocacy and activism for women in computing,” Cartwright said.

Sengul-Jones earned her doctorate from the Department of Communication and Science Studies program in 2020. Her dissertation was an ethnographic and interpretative study of the labors of women freelance writers working from home in the 2010s.

The award was presented by Professor James Antony, Dean of the Graduate Division, along with representatives from the Office of Development, Academic Affairs, Academic Services, Financial Affairs, Department of Communication, and Science Studies Program. Dean Antony also noted that he was familiar with Sengul-Jones’s determination as a writer and researcher. Over a decade prior, he had been an advisor to Sengul-Jones during her undergraduate study at the University of Washington, where she earned a bachelor’s degree in Comparative History of Ideas.

During her tenure at UC San Diego in the Department of Communication, Sengul-Jones served as the chief designer and co-managing editor of the inaugural issues of Catalyst: Feminism, Theory, Technoscience, a peer-reviewed, open-access journal, with Dr. Cristina Mejia Visperas who is a fellow Communication alumna and Assistant Professor in the Annenberg School of Communication at the University of Southern California. Sengul-Jones participated in the launch of FemTechNet, a network of scholars, activists, and artists, co-organizing a state-wide conference funded by UC Humanities Research Initiative. In 2017, after spearheading activist efforts around gender and Wikipedia, joined OCLC (Online Computer Library Center) as a Wikipedian-in-Residence, demonstrating leadership as a public intellectual.

“We’re in a world that is quick to use quantification as a measure of authority,” said Irani. “The beauty of [her work] is it helps us see that the labor of writing makes community possible. By asking questions about how writing gets done, who gets funded, and using creative methodologies, [this is] also the story how we come together. This is why [her] writing matters for the future.”

Sengul-Jones and committee member Professor Martha Lampland initially bonded over their shared connections to Central and Eastern Europe where they have both lived and conducted research.

“The direction she has taken her work on women’s labor is exciting, it’s also relevant because she is a part of much broader intellectual networks—these are important in our current climate,” said Lampland.

The year 2020 presents many challenges, particularly for new graduates. Sengul-Jones said the award will help offset the costs of pursuing work as an independent writer and researcher this academic year.

“I’m deeply grateful. Thank you to my advisors, my colleagues, and freelance writers, who are the co-collaborators. I look forward to paying it forward and sharing my research in future publications,” she said. “To echo Irani, I take this honor as a challenge to ‘write, and write more, about the dynamics of our social worlds from a humanistic perspective.’”

Learn more about Sengul-Jones and her current projects at her website: https://monikasjones.com/

Science, Incarceration, and Racialization: A Q&A with...