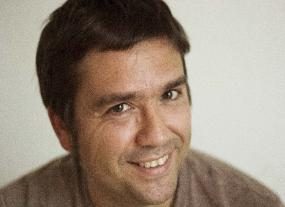 Congratulations to Communication Professor Fernando Domínguez Rubio and collaborator Uriel Fogué whose paper has been highlighted in the March 2017, 40th Anniversary Virtual Issue of the International Journal of Urban and Regional Research 1977-2017 (IJURR) because of its primary significance in shaping debates within the Journal. Their paper “Technifying Public Space and Publicizing Infrastructures: Exploring New Urban Political Ecologies through the Square of General Vara del Rey” (2013) was selected by the Journal’s former editor Maria Kaïka (2011–16) along with the Issue’s other participating former editors. The International Journal of Regional and Urban Research has previously been named one of the most influential journals in critical urban research by Journal Citation Reports (JCR).

For the 40th anniversary virtual issue we invited all of the previous editors to choose a small number of papers that they felt were of particular significance during their time of working with the journal. The number of selections varies a little based on their length of involvement with the journal—our founding editor Michael Harloe, for example, served as sole editor for the first twenty years and had the difficult task of making his selection from some 400 papers published between 1977 and 1997. How we might measure the significance of a particular paper is of course very tricky to evaluate and might include factors such as citation indices (as a crude measure of influence), the importance of particular papers in shaping debates within the journal, the relevance of papers to the core mission of IJURR as a focal point for critical urban studies, or of course the subjective judgment of individual editors (or even simply the quirks of personal interest). Furthermore, as Michael Harloe pointed out to me during this curatorial exercise, papers that may have seemed of great significance in one era can turn out be of far less long-term significance for the field. The history of a journal, like any academic domain, is marked by a variety of false starts and wrong turns as well as recognized advances. Nevertheless, if we look over the entire output of IJURR we can detect certain trends, undoubtedly reflecting a mix of editorial judgment, changing patterns of submissions, and of course wider changes across the various fields of urban scholarship and debate. . .